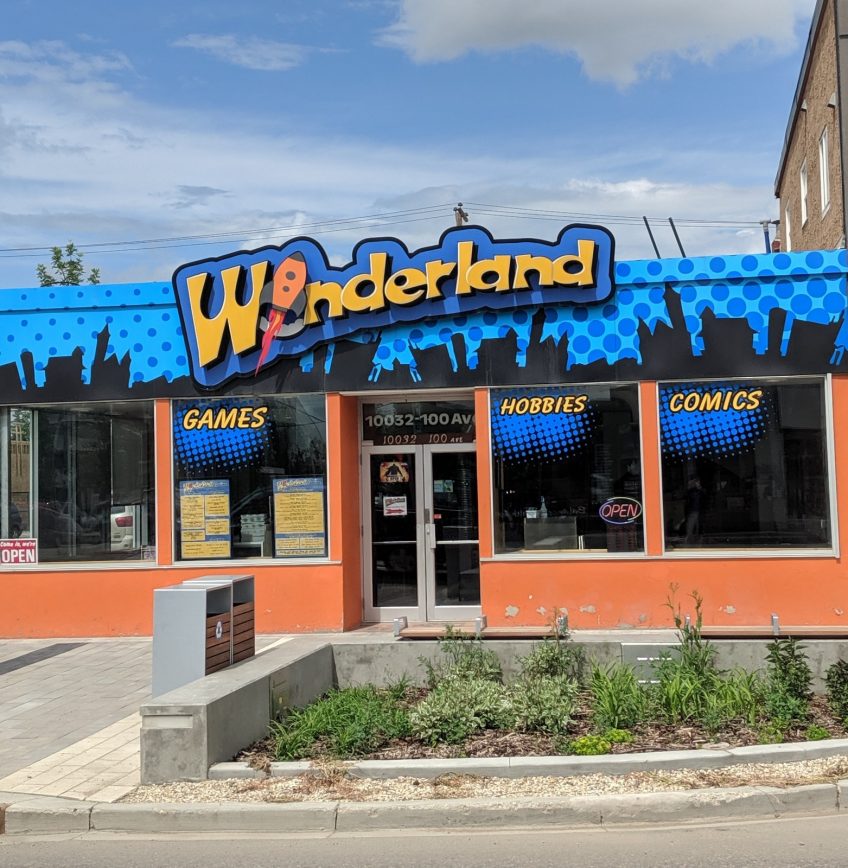 Holy Batman! Marvel At This!

Vince Joyall was nine years old when he purchased his first comic book. He still owns that publication and has collected many more since then. In fact, the Wonderland owner is the biggest comic book retailer in Canada.

“Frank Miller had taken over the Batman series and issue 405 had just come out,” Joyall recalls. “That comic is still in the same condition today as it was in 1987.”

This level of knowledge, care, passion and dedication to his industry is evident in Joyall’s success as an entrepreneur. In addition to his City Centre location, he also owns WonderHarbor Comics in Edmonton and Wonderland PG in Prince George.

Visitors to Wonderland will encounter a wide variety of merchandise, ranging from comic books to board and card games, as well as table top miniatures. What is noticeable is that no batteries are required for any inventory.

Joyall has moved away from the store’s previous focus on toys.

“This made more sense economically. The margins on toys decreased as the competition with big box stores increased,” explains Joyall.

Instead, Wonderland now concentrates on comic books as well as community-building games such as Magic: The Gathering, War Hammer, and Pokémon. Joyall has seen great success in carving out this niche market.

Originally from London, Ontario, Joyall began his career working at a hobby store in Montreal. There he embraced every possible training opportunity and that’s been invaluable in business. In 2006, Joyall and his family relocated to Grande Prairie. He worked in the oil patch for two years before launching his own medic company.

Although that venture prospered, Joyall jumped at the opportunity to buy into Wonderland shortly after his wife became pregnant and return to the work he most enjoyed.

“I’ve always dreamed of building my own store,” says Joyall.

Originally brought on board to develop the community side of games, he oversaw the renovation of the basement for customers to meet and play games. When Mastermind Toys opened in Grande Prairie, Joyall recognized the need to diversify the Wonderland experience and pitched the idea of food service within the store to the other owners.

He pursued sole ownership, confident in his ability operate an in-store eatery because of his previous restaurant experience.

The road to success hasn’t always been easy.

Soon after significant investment was made in renovations, Grande Prairie was hit with a flash flood in August 2016.

“We lost everything – toys, games and comics,” Joyall laments.

The following summer, Phase 1 of the Downtown Revitalization Project began, limiting customer access to Wonderland. Continued construction over the next two years would create further challenge for businesses in the area.

“I’m really stubborn and do not give up easily,” Joyall chuckles.

Joyall cites “not putting all his eggs in one basket” as being vital to success.

He also credits friendly, passionate, and knowledgeable teams at the three Wonderland locations for being instrumental in growth.

“We broadcast to a community of over 1,000 people. As a comic-book influencer, I’m also able to sell comics this way.”

In turn, the bricks and mortar stores also support the e-commerce side of the business.

“I remember crying as a child when my comic book store closed. The reality of this industry is that you need to diversify to survive,” he says.

Management training and support are top priorities. It’s also important to take care that customers encounter similar experiences at all Wonderland locations and through online service.

Joyall took possession of Happy Harbor comics in Edmonton on Jan. 1, 2019 and renamed it WonderHarbour.

Just as when he assumed the Grande Prairie operation, Joyall determined an eatery would be a valuable addition, a heady step in the midst of a recession.

“The diner is seventy-five per cent complete. The location is doing well but we still have more plans,” he says.

Located at 10502-105 Ave., WonderHarbor has three times the space of the location of Happy Harbor Comics. The municipality purchased that building to accommodate future LRT plans.

On Dec. 7, Joyall was cited by Edmonton Mayor Don Iveson as a type of Marvel superhero for swooping in and saving the struggling comic book store.

Joyall was honoured by Edmonton City Council along with Kyle Charles, an artist in residence at WonderHarbor, who illustrated the story of Dani Moonstar, a Cheyenne heroine, in Marvel’s Indigenous Voices comic.

Reflecting on his own family roots, Joyall recognizes the importance of telling Indigenous stories.

“Six months ago, Marvel announced their production of Indigenous Voices, a comic series featuring all Indigenous characters, writers, and other talent,” Joyall explains.

He contacted Marvel to advocate for an exclusive cover to be produced by Charles. Marvel agreed on the condition that Joyall order 3,000 copies of the comic to be sold exclusively in his three store.

“It was a huge financial risk,” he notes. “But we sold 2,700 copies in a week and a half. We made international news and have had orders from across Canada and around the world.”

Joyall found the recognition humbling. He was in the spotlight but the work fell on the shoulders of his team as well.

When Joyall bought that first comic book, he had no way of knowing he’d own a chain of stores one day. E-commerce was yet to be emerge.

And while many companies are focused on selling toys with the latest gadgetry, Joyall is proud he’s found a niche with consumers and communities yearning for analog products featuring dice, paper, cardboard, and paint.

With Joyall’s tenacity, it won’t be a wonder when he hits his goal. 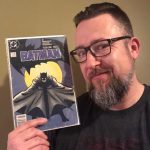 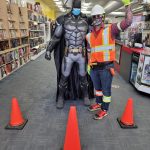