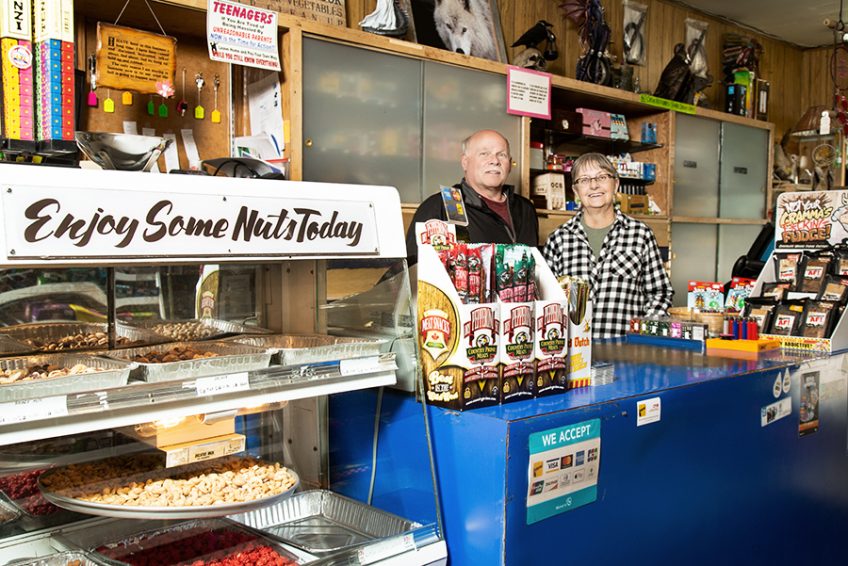 When Jim Goldsack was asked to design the outdoor sign for the family business at age 14, he had no thoughts of operating the store nearly half a century later.

Al’s News is a fixture in downtown Grande Prairie and Jim grew up working in the convenience store, owned by his parents, James and Helen. They purchased it from original proprietor Al Persky in the early 1960s.

Jim was requested to create a new sign by his father when Al’s News moved to its current site on 100 Avenue. The neon sign from the previous location nearby didn’t meet City of Grande Prairie regulations as it hung out into the street. Now, all merchants in the municipality must have signage placed against their buildings.

Jim has seen scores of stores and shops come and go up and down Main Street over the last six decades. While social media and online advertising are key for many modern-day businesses, good old word-of-mouth of renowned service and repeat customers are the foundations of success at Al’s News.

“We’re as original as possible here,” says Jim. “A lot of what you might have found here 60 years ago, you can still get.”

The store features everything visitors would expect in a convenience store, from snacks and other confectionary goods to magazines, newspapers, books, greeting cards, postcards, souvenirs, board and card games, lottery products, as well as pipe and tobacco supplies.

Then there’s that ambiance from days gone by. Customers don’t get too far into the store before a nut roaster beckons. Jim estimates it’s been in use for more than 50 years.

You’re sure to find a large selection of tchotchke and knickknacks not readily available elsewhere. The store is well-known for being a source for unique gifts and hard-to-get items.

“At Christmas, we have customers telling us they were sent here by large retail stores,” says Jim.

Calls routinely come from outlets in major centres like Calgary and Edmonton, enquiring about specific goods, often because former residents have made referrals to try Al’s News if you can’t find what you’re looking for.

Going out of the way for customers has always been a hallmark of the store. Jim recalls delivering German magazines to ladies at the Pioneer Lodge in his youth.

“It’s fun to have people talk about moving away, coming back and stopping in. They say it’s something familiar and brings back memories. For people new to the city, it’s a neat old store, a cool place, something out of the ordinary.”

In years gone by, Al’s News was the little corner store where repairs on small appliances such as razors were made. It had a larger selection of grocery items and was surrounded by a much different mix of merchants. The downtown was formerly home to McLeod’s, Hudson’s Bay, and Marshall Wells. Of that genre, only the Co-op remains.

Jim isn’t the only familiar face from years gone by. Some other staff have remained for 30 years.

He enjoys seeing regulars drop in and knowing what they’ll be purchasing and the dynamics of when family members of former staff members stop in.

“People will come by and say, ‘my aunt worked here.’”

Jim’s never had a thought of working anywhere else. He moved from taking shifts in the store around playing sports to working full time to eventual ownership.

“I grew up with this. I get up every morning and look forward to coming here. I like meeting people and shooting the breeze. I hear comments about the store and it feels good. It’s not just another business. It’s a special business. It took a lot of hard work by my parents.”

Jim’s parents had stores in Prince George and Red Deer prior to their arrival in Grande Prairie and, like many, the plan was to stay for a couple of years.

They became part of the fabric of Grande Prairie and remain in the community in their mid 90s.

The current location of Al’s News is believed to be the oldest building in downtown, circa 1910. There’s still an apartment above the store.

Some of Jim’s fondest early memories of the store involved bringing lunch down to his dad by sleigh in the wintertime.

“101st Street was an easement all the way down from our house.”

He chuckles when reminiscing about school buddies admitting that they’d tried to steal something from the store.

There were unforgettable store patrons over the years like downtown character Baldy Swanson and the customer who would order the “God-awful smelling tobacco” by the caseload.

Looking Forward to the Future

“We’ve seen ups and downs with the economy and road construction. You ride with it. You go to the dance with the one you’re with. It’s been a good business.”

Recent roof construction revealed old newspapers and cans embedded in the rafters and like any older building, the structure has its stories.

“We call the basement a dungeon. There’s been sightings of a lady’s presence, a spirit. It could be haunted.”

As for Jim, he has no plans to disappear any time soon.

“I am in good health and still enjoy what I’m doing.” 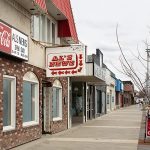 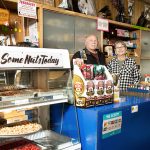 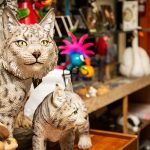 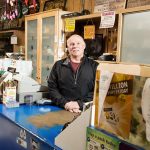 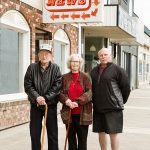