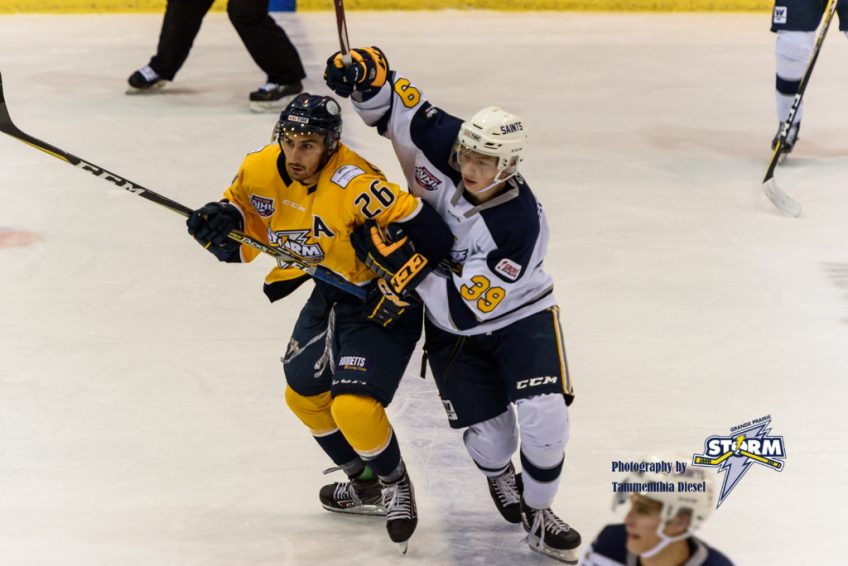 The Grande Prairie Storm are an important part of the City Centre and its players embrace community involvement.

Members of the Alberta Junior Hockey League, the team plays out of Revolution Place and is now in its 24th year of operation.

The Storm has 28 regular season games, playoff matches and a series of pre-season games, meaning restaurants and nearby shops also win when the hockey team is performing in town.

“For a junior hockey team to be successful it has to be an integral part of the community and contribute,” says Storm Business Manager Eric Hein. “Just as residents support us, we want to invest in the community.”

Hein notes that the team’s players hail from across Western Canada and several U.S. states and they enjoy being part of the community, most recently participating in the Rotary Food Drive. They also visit local schools to read to students and provide service to other local events.

“We’re trying to make a difference in the community.”

The Dec. 14 game includes the Teddy Bear Toss and their Feb. 1 match is in association with the 3D Hockey Charity, which assists families with children who have to travel out of the city for medical treatment.

An exciting international exhibition game is set for Dec. 5 between the Storm and a touring Czech Republic team. 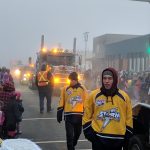 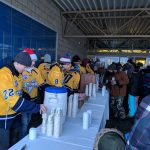 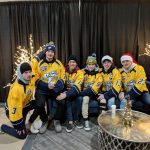