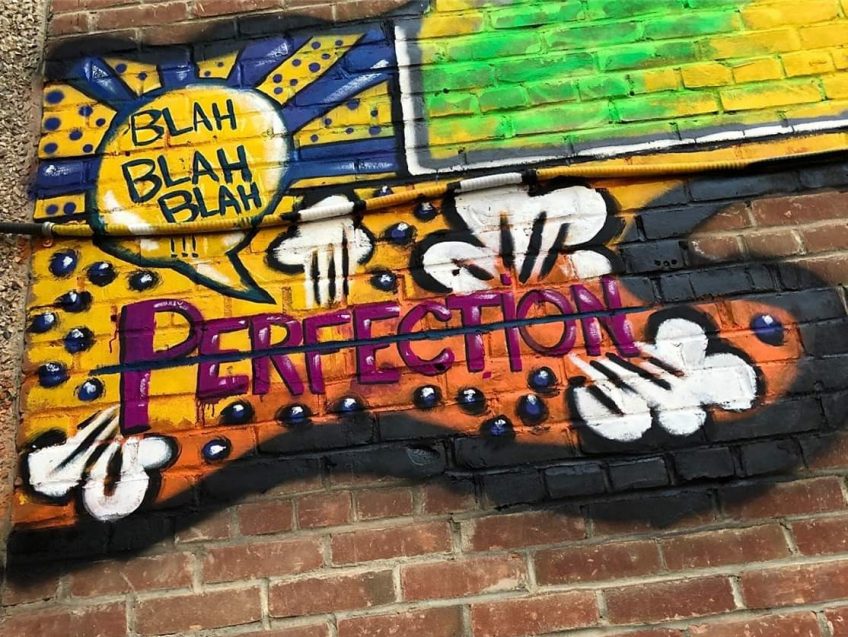 To Grande Prairie, With Love

It’s been said that a picture tells a thousand words. With that in mind, murals created by local artist Serena Love in the City Centre will speak volumes to residents, merchants, and visitors.

The Art in the Alley project is a pilot community initiative to upgrade the back alleys in the Downtown core – part of the vision of creating a modern, inviting, artistic and interactive experience for Grande Prairians and tourists. Any artist may be used by a participating Downtown businesses.

“We look forward to this program having huge successes and becoming a downtown-wide venture that sets the City Centre apart as an exceptional, unique place Where you want to be for art, fun and photos for the public and visitors alike,” says Executive Director Wendy Bosch.

The City of Grande Prairie provided $20,000 for the Art in the Alley Project to augment the revitalization work it has undertaken downtown over the past three years. This funding allows the DownTown Association to issue grants of up to $4,000 per participating business. The awarded grant is delivered to businesses in in two parts – a 50 per cent grant allotment upon signing, and the remainder upon completion of their project.

Love created one mural at her own downtown art studio, Shewolf, and produced two more as part of the Art in the Alley Project. More will ensue as weather allows this summer and into next year.

The mural at Shewolf, located at 10017-100 Ave., is simply called Strength. It depicts a bull running inside a balloon, representing that we carry strength with us everywhere we go.

At Tanya Sedore Photography, 9927 100 Ave., the mural is dubbed Hero of My Life.  The comic book cape is designed to showcase that we wear a cape in our lives and have the ability to change the world for the better.

“He was someone who stayed true to himself and lived a passionate life until the very end,” says Love. “He is not only iconic for his brilliance in the music industry, but he also gives people the freedom to be themselves. I respect him for that. The wings are designed out of his beautiful matador jacket that he wore at his wedding. It is a beautiful way to honour the love of his life.”

Love was thrilled to get involved in the project.

“It felt like the natural progression at this stage of my career, seeing as how my canvases seemed to be getting larger and larger,” she says. “I was excited to have the opportunity to share my artwork with the public, but I was not aware of how these projects would change my life. Being able to share the progress of a painting so openly, allowed for some very memorable conversations to occur.”

She relates the experience she had while working on the mural at the back of her own studio.

“I met some of the most colourful human beings who were brave enough to share some of their life stories with me. One man passing by, stopped when he saw my painting. He looked at the painting and then to me and said, ‘I don’t see art, I feel your heart.’ He shared that he had been walking our streets for seven years. In all of those years, he has never felt as much peace as he did in that moment. My heart exploded. Life is chaotic and unpredictable, there is no greater honour than to hear how my artwork was discovered as a pocket of peace for someone who feels it all.

“He sat with me for some time in peace, while I painted. It was a moment I will always treasure. It confirmed that artwork is felt and is a very powerful tool for healing.”

Love says project has shown that people can be given hope and inspired by art work, regardless of their station in life, and they may not have realized it.

“The Art in the Alley project is changing lives for the better and will be for years to come.” 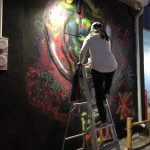 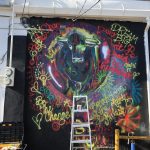 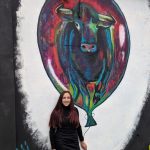 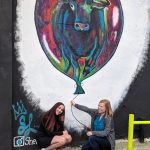 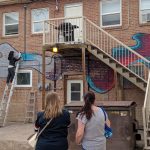 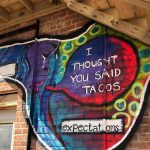 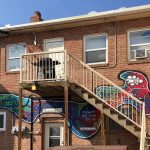 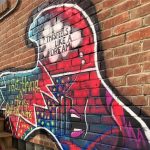 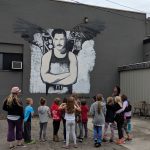 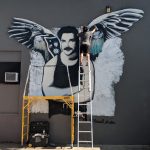 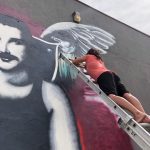 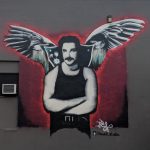 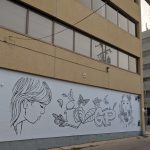 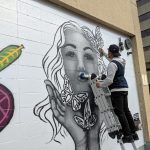 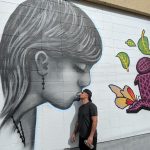 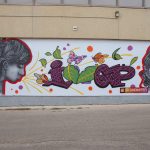 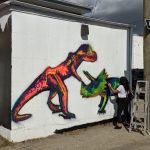 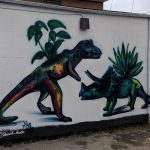 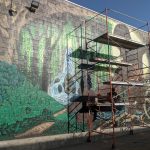 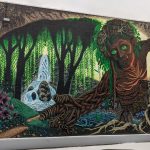